Google+ Social Media App Will Soon Move Off Into The Sunset Google+ has never really been a popular social media network. In fact, most people say they’ve never used it and don’t know how it works. So it’s not too surprising to hear that Google has finally decided to pull the plug. Google just announced […]

Google+ Social Media App Will Soon Move Off Into The Sunset

Google+ has never really been a popular social media network. In fact, most people say they’ve never used it and don’t know how it works. So it’s not too surprising to hear that Google has finally decided to pull the plug. 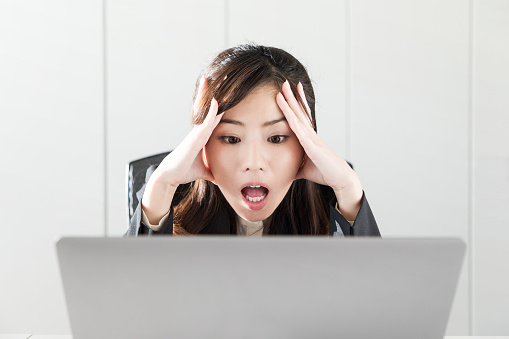 Google just announced a ten-month sunsetting period, which begins now and will end in August of 2019.

Besides the site simply not being popular, Google has had serious security issues. Project Strobe discovered a bug in Google+ that may have leaked the personal information of thousands of users. Though Google says the vulnerability was not discovered by hackers and that no profiles were compromised, their senior executives felt that rumors of a breach would likely trigger “immediate regulatory interest.” So they simply didn’t tell anyone.

For several years, Facebook has been under scrutiny for allowing the data firm Cambridge Analytica to access their user information. This data was in turn used to create targeted social media ads that eventually swayed the presidential election of 2016. Since that incident, Americans have become much more aware of the effects and dangers of data breaches and social media manipulation.

Given the fact that almost no one was using the Google+ app and the high risk for potential data leaks, Google execs said they simply felt that it was best to discontinue Google+. Users will have 10 months to migrate their data before the platform is officially dissolved in August of next year. However, the company has decided to continue supporting the Enterprise version of Google+ so businesses using that app will not be affected.

More About the Google+ Security Breach

The Wall Street Journal reported some details about the security breach and said that Google executives had been informed about the breach soon after it occurred. These executives made the decision not to disclose the breach to its users for fear of tarnishing their reputation.

In a blog post, Google said that it decides when and if the organization should notify users of data breaches. They take into consideration the type of data that was leaked, whether there’s evidence of misuse and whether there’s anything that users can do about it.

According to security breach laws, any organization that experiences a data breach must inform those affected. And they only have a specific amount of time to do so. This varies by state but there are severe penalties for not correctly reporting a security breach.

Executives at Google say that the gap has been fixed and that users do not need to worry about any further data leaks. However, there is ample evidence that Google did not follow the law once they learned of the data breach. This can result not only in penalties from the federal government but also users can file individual lawsuits if they believe their personal info has been compromised.

How Data Breach Laws Are Changing

With the new European Union GDPR (General Data Protection Regulation), more countries and organizations are implementing stronger security measures. The GDPR affects anyone who does business with an entity that resides within the European Union. This has caused many business owners to revamp the way they collect and store personal information from their users.

Once a company has collected an individual’s personal information, they have a legal responsibility to keep that data as secure as possible. In spite of these advances in data security regulations, hackers seem to be one step ahead. Their tactics change, improve and evolve making it necessary for all organizations to be more cautious.

Senate and House Committees Get Involved

This past year, many social media and technology companies have come under scrutiny due to their data and privacy practices. Executives from Twitter, Facebook and Google have testified before various Senate and House committees. Under fire are their security measures, but also their political biases. The government is considering types of regulations that would prevent these companies from meddling in important things like the elections.

Now that everyone is fully aware of how easy it is to sway voters in one direction or the other, there is a very real fear that future elections may be manipulated by these companies. They not only have the knowledge, but they have the resources to influence the way people vote. And this ability holds within it a great deal of potential power to change our society in ways that can only be speculated about at the moment.

What Should Google+ Users Do?

In the meantime, if you are a Google+ user, it’s best to go ahead and make copies of any content you have on the site, then delete your account. Once it has been deleted, you’ll no longer have to worry about losing it to hackers who have found yet another weakness in the site’s security protocols.