On December 17, 1903, Orville and Wilbur Wright made the first successful flight in a mechanically propelled airplane. To celebrate the accomplishment and commemorate the achievements of the brave brothers, December 17 became Wright Brothers Day by a 1959 Presidential Proclamation. Wright Brothers Day is now honored every year in the United States with festivities […]

On December 17, 1903, Orville and Wilbur Wright made the first successful flight in a mechanically propelled airplane. To celebrate the accomplishment and commemorate the achievements of the brave brothers, December 17 became Wright Brothers Day by a 1959 Presidential Proclamation. Wright Brothers Day is now honored every year in the United States with festivities and activities. 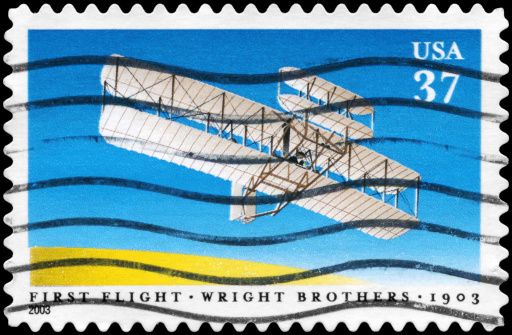 A Land of Innovation and Invention

In the nation’s beginnings, the founding fathers had to cross an unfriendly ocean to live in uncharted land. Early settlers made their way across the vast landscape, using their strength and ingenuity to adapt to often harsh conditions.

Over the history of the US, Americans laid track to build railroads to span the nation, while other Americans built the cars that would change the way people live. The Wright Brothers succeeded in their revolutionary flight soon after.

What Was Once Thought Impossible

Before the Wright Brothers launched their flight, most people could not imagine that flight by humans was possible. Earlier efforts to leave the ground were limited, because there was no way to sustain flight or control a contraption in the air. The Wright Brothers knew that they would need to be able to control the wings and nose so that a pilot could navigate while in the air.

While it seems obvious now, their ideas changed the way humans view the world. People felt attached to the earth, trapped in two dimensions. Once people were able to fly, they could see the world from an entirely new perspective. Distances become relative, and the world seems both grander and more interconnected. The boundaries that used to limit people’s activities no longer hold that control over our lives.

Milton and Susan Wright were the parents of Orville and Wilbur, and they encouraged their sons to learn about whatever they could and to travel to other parts of the world. Mr. Wright was a bishop in the United Brethren Church, and his position caused him to travel a lot for church business. While he was away, he sent many letters and gifts home to his family, exposing them the many fascinating wonders the world has to offer.

Wilbur and Orville started in the printing business and even had their own newspaper for a while. They started their own bicycle business in 1894, making and selling bikes to turn a profit. But their dreams were always bigger.

When Wilbur and Orville started seeing other inventors’ attempts at building flying machines, the brothers figured out where they were going wrong. Their first gliders did not succeed, but the Wright Brothers kept trying until they achieved their dream. The Wright Brothers decided what they wanted to do, and then they realized what other people couldn’t with their own abilities.