Honoring Those Who Gave Their Lives

On Memorial Day we remember the veterans who made the ultimate sacrifice for our country. These brave men and women have dedicated their lives to honor the living and make our lives better. 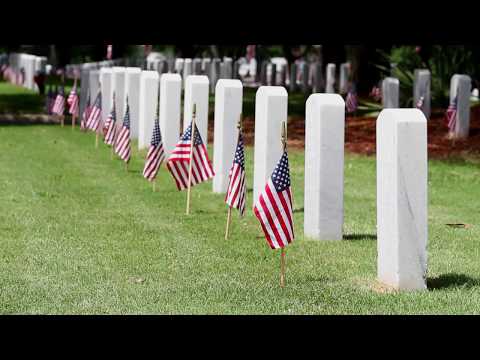 The History Of Memorial Day

Memorial day is the most solemn American holiday. Memorial Day was originally known as Decoration Day. After the Civil War in 1865, America needed a secular, patriotic ceremony to honor its military dead.

In May 1868, the commander-in-chief of the Union veterans’ group The Grand Army of the Republic, General John A. Logan issued a decree that May 30 should be a nationwide day of commemoration for the more than the 620,000 who were killed in the Civil War.

Decoration Day was a day where he said American should lay flowers and decorate the graves of the war dead “whose bodies now lie in almost every city, village and hamlet churchyard in the land.” The federal government began creating national military cemeteries for the Union war dead. Monuments to fallen soldiers were erected and dedicated. Ceremonies were held to decorate soldiers’ graves.

For more than 50 years, the day was only to honor those killed in the Civil War. Finally, after World War I, Memorial Day included honoring those who died in all American wars. And Memorial Day wasn’t officially recognized nationwide until the 1970s, while America was deeply embroiled in the Vietnam War. In 1971, Memorial Day became a national holiday by an act of Congress.

Today we celebrate Memorial Day on the last Monday in May. Many Americans observe Memorial Day by visiting cemeteries or memorials, holding family gatherings and participating in parades. Unofficially, it marks the beginning of the summer season.

Although many of us will be enjoying a long weekend, the opening of the local pool, barbeques and some fun at the beach, it’s a day for honoring military personnel who died in the service of their country, particularly those who died in battle or as a result of wounds sustained in battle.

Today as we enjoy paid leave and ice cream, perhaps a little reflection is in order.

How Best To Remember The Meaning of Memorial Day?

Never forget our fallen soldiers. They have shown us a path to patriotism. We should honor them by our actions. Listen closely to their plea: “Honor us by sacrificing today for a better tomorrow.”

Our office will be closed on Monday for Memorial Day.

We hope that on this day you will make an effort to set aside a quiet moment to honor those who made the ultimate sacrifice.